My next wild orchid encounter happened while hiking through Mill Bluff State Park in Wisconsin. A cluster of Goodyera pubescens (Downy Rattlesnake Plantain orchid) was in full bloom right next to one of the lightly trafficked trails. There are four species of Goodyera orchids native to North America: G. pubescens, G. oblongifolia,  G. repens, G. tesselata. As I travelled west, I luckily had the chance to encounter a couple different Goodyera species!
Also known as the Downy Rattlesnake Plantain orchid, G. pubescence can be found across many eastern and central states, growing in the acidic soils of upland woods. The orchid's common name refers to the fine downy hairs that cover all parts of the plant, especially its bloom spike (the latin genus name is a reference to 17th century English botanist John Goodyer.
G. pubescens blooms with a tightly-packed inflorescence bearing dozens of small white flowers. Another distinctive feature is its brightly colored foliage, which stays green even through... 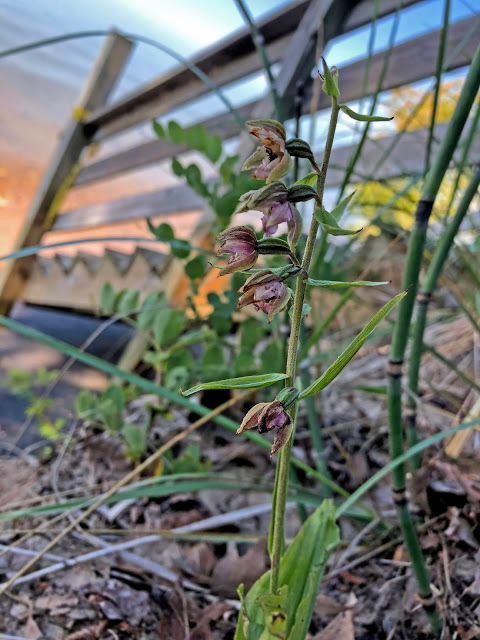 Epipactis helleborine
I came across this native orchid almost entirely by happenstance. I had stopped at a beach access point to look over at a placid Lake Michigan coastline.  Although many different flowers were growing along the coast, one particular shrub caught my eye.  There was something different, something familiar about it.  I jumped the fence to get close, and my suspicions were confirmed—this was, in fact, a wild orchid! Further observation identified it as Epipactis helleborine. 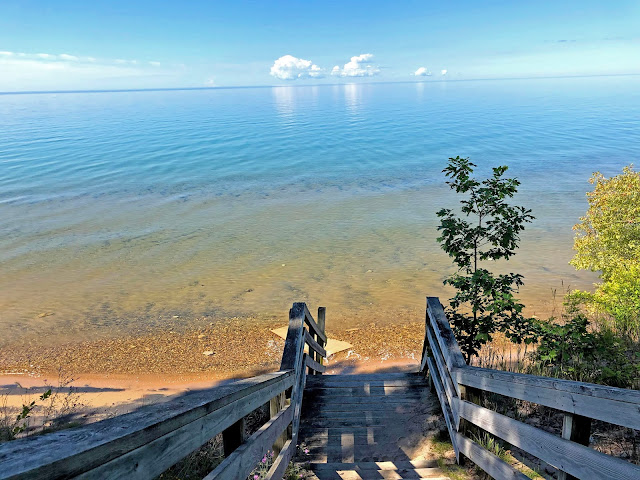 Lake Michigan shoreline--E. helleborine was growing just to the left out of view
So what do we know about this species? E. helleborine is a terrestrial orchid species that grows in wooded areas, swamps and riverbeds around the world, including parts of Europe, Asia, Africa, and North America. In fact, in the US, it's sometimes known as the "weedy orchid" because of its propensity for invading lawns and flowerbeds.  An audacious little plant! 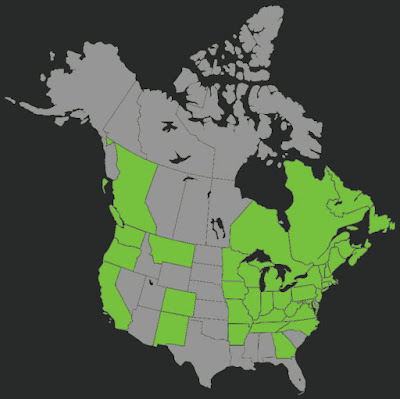 E. helleborine distribution in the US (Adapted from: https://plants.usda.gov/core/profile?symbol=EPHE)
A recent study (May et al (Micorrhiza) 2020) provides insight into how this species is so successful across many terrains.  Like many orchids, E....

After almost a decade spent living in NYC, I am moving to the opposite coast.  A journey that covers 14 states and almost 4000 driven miles, with stops in nearly a dozen state and national parks across this beautiful landscape.
In the next series of posts, I will spotlight some of the wild orchids I encountered along this journey of a lifetime. 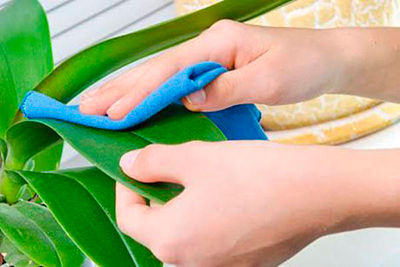 Over time you may notice that your orchid leaves lose their shine a little bit due to dust build up, water deposits or treatments with insecticides. It is important to keep the leaves clean to allow the plant to breathe and for efficient gas exchange to take place.

Exotic, refreshing, gorgeous and a bit of a romantic sensuality too, orchids are one of the most luxurious of flowers. And bringing them inside your home is a wonderful way to bring that light and organic beauty that fresh florals have the ability to do but with the extra pop and pizzazz that these specific, ultra feminine petals can add. From blue to white to deep and rich purples, orchids come in a stunning variety of colors. Now let’s take a peek ways to style the house and decorate with orchids, including ones that comes in prints and on canvases.

The House Plants Blog keeps you up to date with new additions of plant profiles, pictures, and must-have information on the Guide-to-Houseplants.com Web site. Subscribe here.

LEARNING TO CARE FOR YOUR FIRST ORCHID